Zoom Author Event: Something Worth Doing by Jane Kirkpatrick 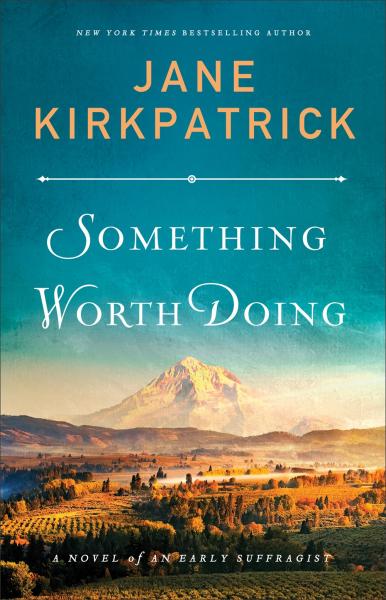 Based on a true story, pioneer Abigail Scott denies herself the joys of a simpler life to achieve her dream of securing rights for women. But running a controversial newspaper and leading suffrage efforts in the Northwest carry a great personal cost. A tender, powerful story of a woman's conflicts--with society and herself.

In 1853, Abigail Scott was a 19-year-old school teacher in Oregon Territory when she married Ben Duniway. Marriage meant giving up on teaching, but Abigail always believed she was meant to be more than a good wife and mother. When financial mistakes and an injury force Ben to stop working, Abigail becomes the primary breadwinner for her growing family. What she sees as a working woman appalls her, and she devotes her life to fighting for the rights of women, including their right to vote.

Following Abigail as she bears six children, runs a millinery and a private school, helps on the farm, writes novels, gives speeches, and eventually runs a newspaper supporting women's suffrage, Something Worth Doing explores issues that will resonate strongly with modern women: the pull between career and family, finding one's place in the public sphere, and dealing with frustrations and prejudices women encounter when they compete in male-dominated spaces. Based on a true story of a pioneer for women's rights from award-winning author Jane Kirkpatrick will inspire you to believe that some things are worth doing--even when the cost is great.

Jane Kirkpatrick is the New York Times and CBA bestselling and award-winning author of more than 30 books, including One More River to Cross, Everything She Didn't Say, All Together in One Place, A Light in the Wilderness, The Memory Weaver, This Road We Traveled, and A Sweetness to the Soul, which won the prestigious Wrangler Award from the Western Heritage Center. Her works have won the WILLA Literary Award, the Carol Award for Historical Fiction, and the 2016 Will Rogers Gold Medallion Award. Jane divides her time between Central Oregon and California with her husband, Jerry, and Cavalier King Charles Spaniel, Caesar. Learn more at www.jkbooks.com 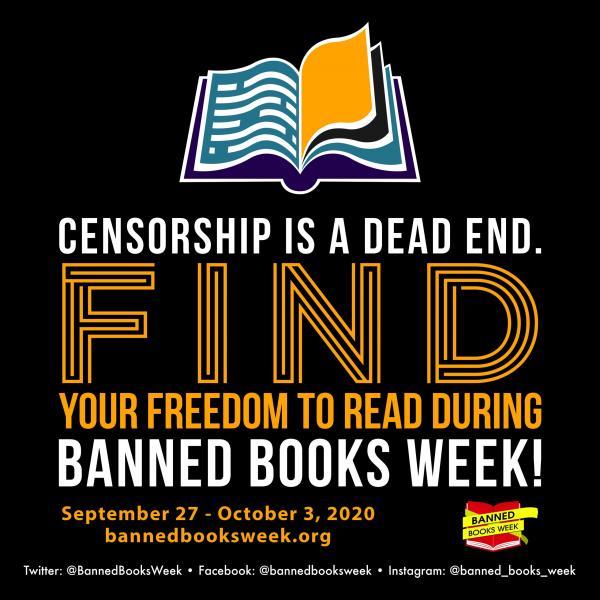 In turbulent times, books are tools that help people navigate the world around them. Intellectual freedom and access to information uplift people in crisis and during more peaceful times, so the Banned Books Week Coalition invites you to champion the right to read during Banned Books Week, September 27 – October 3, 2020!

This feature require that you enable JavaScript in your browser.
END_OF_DOCUMENT_TOKEN_TO_BE_REPLACED

This feature require that you enable JavaScript in your browser.
END_OF_DOCUMENT_TOKEN_TO_BE_REPLACED

This feature require that you enable JavaScript in your browser.
END_OF_DOCUMENT_TOKEN_TO_BE_REPLACED

END_OF_DOCUMENT_TOKEN_TO_BE_REPLACED
Scroll to the top