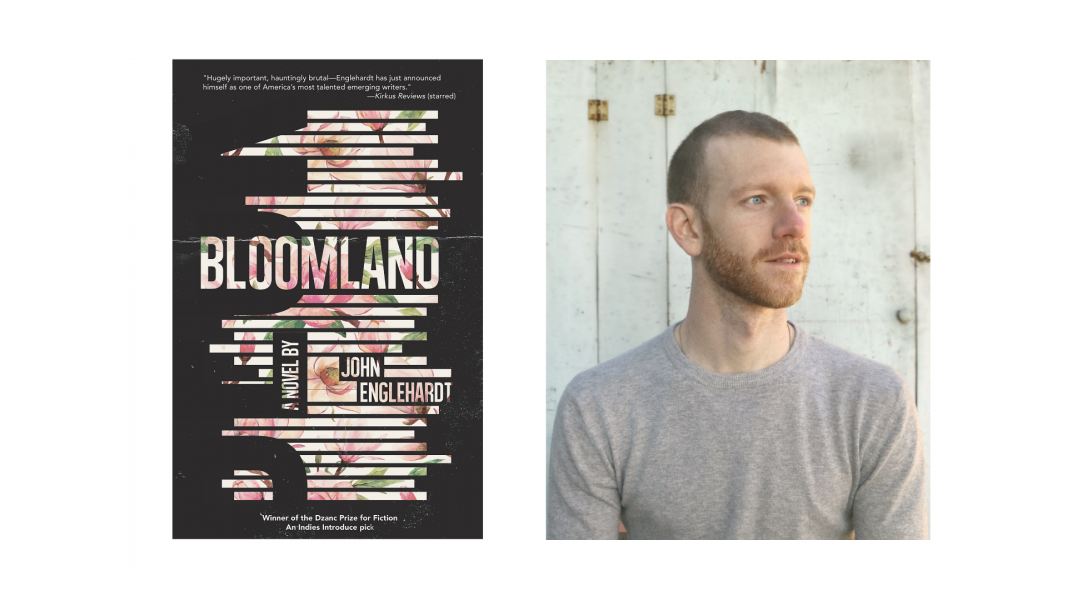 When a mass shooting occurs at a fictional southern university, the event ripples through the lives of three characters: Rose, a disillusioned freshman hoping to escape her traumatic childhood; Eddie, a grieving professor whose wife was among the victims; and Eli, a young man whose valuation of fear and disconnection funnels him into the role of the aggressor. Spanning two decades, Bloomland interrogates the social roots of the shooting and its effect on a community struggling to use violence as a catalyst for self-reflection and change.

John Englehardt's writing has appeared in The Southern Review, Moss, Sycamore Review, and Vol.1 Brooklyn. A recipient of the 2014 Wabash prize in fiction and a fellowship from Hugo House, Englehardt holds an MFA from the University of Arkansas. He currently resides in Seattle, Washington, with his wife, where he waits tables and teaches writing classes at Hugo House.