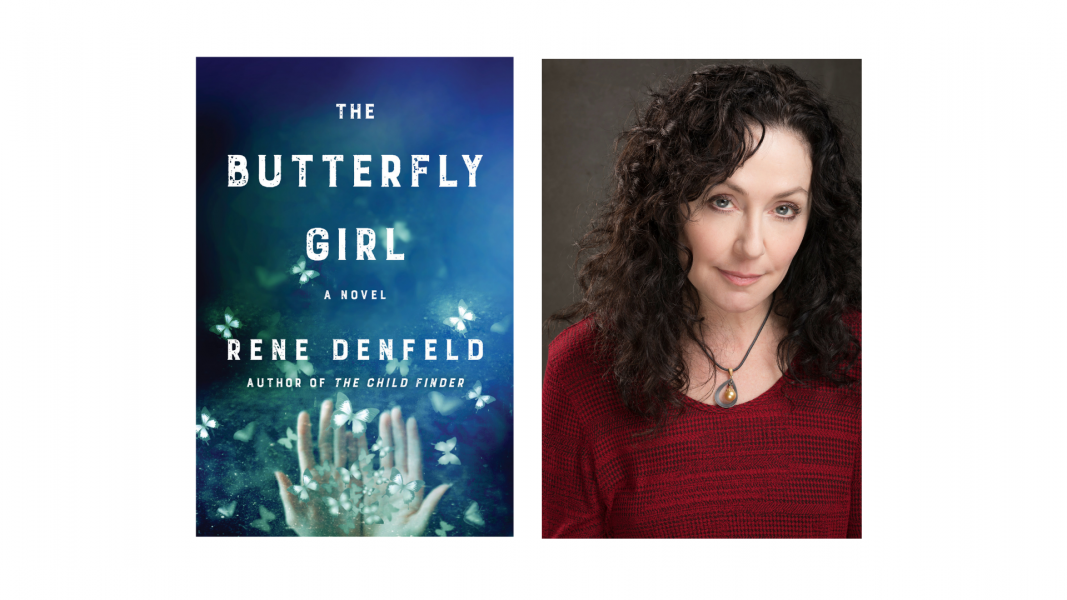 Author Rene Denfeld cancelled this event. We apologize for any inconvenience.

After captivating readers in The Child Finder, Naomi—the investigator with an uncanny ability for finding missing children—returns, trading snow-covered woods for dark, gritty streets on the search for her missing sister in a city where young, homeless girls have been going missing and turning up dead.

From the highly praised author of The Child Finder and The Enchanted comes The Butterfly Girl, a riveting novel that ripples with truth, exploring the depths of love and sacrifice in the face of a past that cannot be left dead and buried. A year ago, Naomi, the investigator with an uncanny ability for finding missing children, made a promise that she would not take another case until she finds the younger sister who has been missing for years. Naomi has no picture, not even a name. All she has is a vague memory of a strawberry field at night, black dirt under her bare feet as she ran for her life.

The search takes her to Portland, Oregon, where scores of homeless children wander the streets like ghosts, searching for money, food, and companionship. The sharp-eyed investigator soon discovers that young girls have been going missing for months, many later found in the dirty waters of the river. Though she does not want to get involved, Naomi is unable to resist the pull of children in need—and the fear she sees in the eyes of a twelve-year old girl named Celia. Running from an abusive stepfather and an addict mother, Celia has nothing but hope in the butterflies—her guides and guardians on the dangerous streets. She sees them all around her, tiny iridescent wisps of hope that soften the edges of this hard world and illuminate a cherished memory from her childhood—the Butterfly Museum, a place where everything is safe and nothing can hurt her.

As danger creeps closer, Naomi and Celia find echoes of themselves in one another, forcing them each to consider the question: Can you still be lost even when you’ve been found? But will they find the answer too late?

The Butterfly Girl: A Novel (Hardcover)

END_OF_DOCUMENT_TOKEN_TO_BE_REPLACED
Scroll to the top