Author Event: On Call in the Arctic: A Doctor's Pursuit of Life, Love, and Miracles in the Alaskan Frontier by Thomas Sims 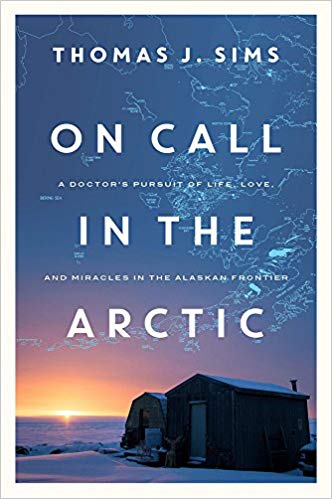 The fish-out-of-water stories of Northern Exposure and Doc Martin meet the rough-and-rugged setting of The Discovery Channel’s Alaskan Bush People in Thomas J. Sims’s On Call in the Arctic, where the author relates his incredible experience saving lives in one of the most remote outposts in North America.

Imagine a young doctor, trained in the latest medical knowledge and state-of-the-art equipment, suddenly transported back to one of the world’s most isolated and unforgiving environments―Nome, Alaska. Dr. Sims’ plans to become a pediatric surgeon drastically changed when, on the eve of being drafted into the Army to serve as a M.A.S.H. surgeon in Vietnam, he was offered a commission in the U.S. Public Health for assignment in Anchorage, Alaska.

In Anchorage, Dr. Sims was scheduled to act as Chief of Pediatrics at the Alaska Native Medical Center. Life changed, along with his military orders, when he learned he was being transferred from Anchorage to work as the only physician in Nome.  There, he would have the awesome responsibility of rendering medical care under archaic conditions to the population of this frontier town plus thirteen Eskimo villages in the surrounding Norton Sound area. And he would do it alone with little help and support. All the while, he was pegged as both an “outsider” and an employee of the much-derided federal government.

In order to do his job, Dr. Sims had to overcome racism, cultural prejudices, and hostility from those who would like to see him sent packing. On Call in the Arctic reveals the thrills and the terrors of frontier medicine, where Dr. Sims must rely upon his instincts, improvise, and persevere against all odds in order to help his patients on the icy shores of the Bering Sea.

“A lively and touching debut. Sims’ writing moves at a rapid-pace, in step with the life-and-death tales he recounts, slowing down only to focus on such moving occasions as the birth of a three-pound baby and the painful death of a hospital colleague. Sims has delivered a captivating account of practicing medicine in the furthest reaches of the U.S.”
- Publishers Weekly

On Call in the Arctic: A Doctor's Pursuit of Life, Love, and Miracles in the Alaskan Frontier (Hardcover)

END_OF_DOCUMENT_TOKEN_TO_BE_REPLACED
Scroll to the top