Author Event: From the Caves by Thea Prieto 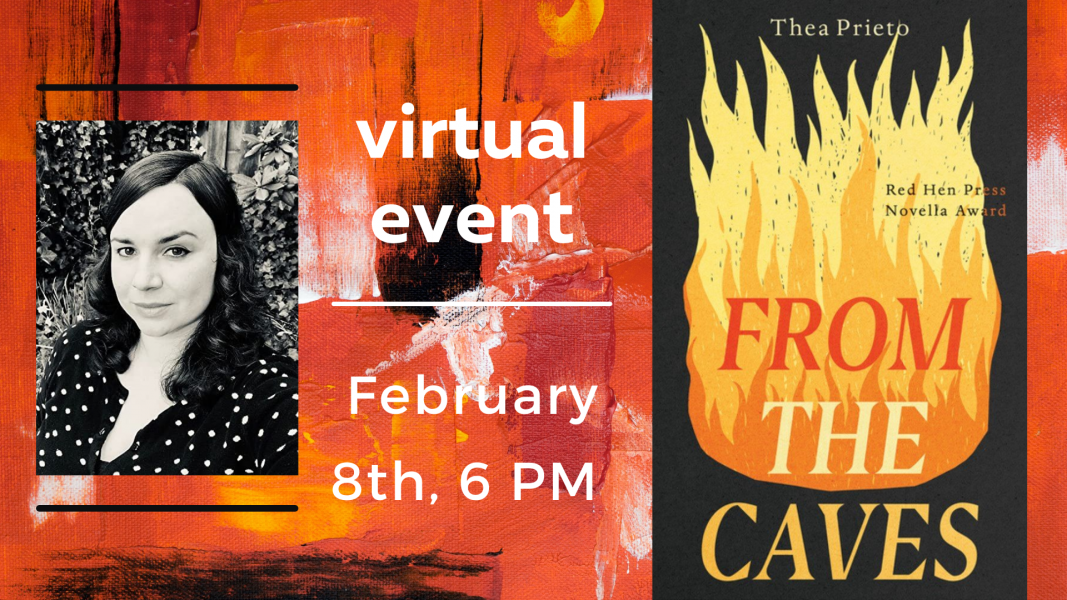 To escape the choking heat of deep summer, Sky and his family survive on stories of the dead in an underground darkness at the end of the world.

Environmental catastrophe has driven four people inside the dark throat of a cave: Sky, a child coming of age; Tie, pregnant and grieving; Mark, a young man poised to assume primacy; and Teller, an elder, holder of stories. As the devastating heat of summer grows, so does the poison in Teller’s injured leg and the danger of Tie’s imminent labor, food and water dwindling while the future becomes increasingly dependent on the words Sky gleans from the dead, stories pieced together from recycled knowledge, fragmented histories, and half-buried creation myths. From the Caves presents the past, present, and future in tandem, reshaping ancient and modern ideas of death and motherhood, grief and hope, endings and beginnings.

Thea Prieto is a recipient of the Laurels Award Fellowship, as well as a finalist for the international Edwin L. Stockton, Jr. Award and Glimmer Train's Short Story Award for New Writers. She writes and edits for Poets & Writers, Propeller Magazine, and The Gravity of the Thing, and her work has also appeared in New Orleans Review, Longreads, Entropy, The Masters Review, and elsewhere. She livese in Portland, Oregon where she teaches creative writing at Portland State University and Portland Community College. From the Caves is her first book.

From the Caves (Paperback)