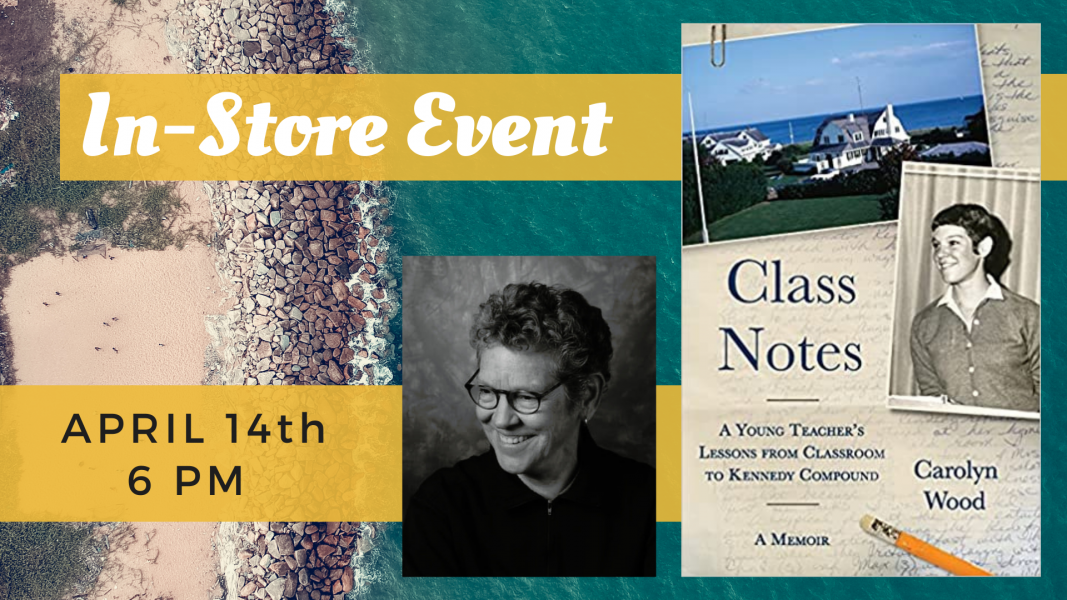 In May 1968 first-year English teacher Carolyn Wood takes a day off from school to campaign for Robert F. Kennedy. Invigorated by the senator's hopeful message, Wood develops big dreams to effect change beyond just her classroom. So when she's invited to be the family's governess, the appeal is undeniable. Class Notes follows her journey from the classroom into the famous family-ten boisterous children and one on the way-still reeling from Robert Kennedy's assassination. From inside the Kennedy Compound, stories emerge, the glimmer of fame fades, and the young teacher who sought worldliness and sophistication discovers instead the value of enough.

"Olympic champion, emerging teacher, governess to American royalty: Carolyn Wood crammed in more living before her mid-twenties than most folks manage in triple that span. Class Notes is a splendidly observed, tender-hearted story about coming into one's own in a mind-boggling environment. It's like being led backstage through a specific moment of history by a sharp-eyed and cool-headed tour guide." - Shawn Levy, author of Paul Newman: A Life and The Castle on Sunset.

"In Class Notes, the Olympian, Carolyn Wood, blends literary and musical references, the dreams and sensibility of a young adult, and insights into a family the media made Americans believe we knew. In her deft prose, she offers the complicated nature of parenting, faith, politics, and most importantly, grief. Class Notes is an intimate, complicated, and kind portrayal of American royalty." -  Kate Gray, author of For Every Girl and Carry the Sky.

Carolyn Wood has lived in Oregon all but one year of her life - the year she worked as the governess for Senator Robert and Ethel Kennedy's children. Class Notes: A Young Teacher's Lessons from Classroom to Kennedy Compound recounts the serendipitous path that led her to Hyannis in 1968, months after the senator's death, and provides a glimpse into a world few of us encounter. Over the course of her career, Ms. Wood spent more than thirty years in Portland-area high school classrooms, encouraging students to read broadly and to write. After retirement, she traveled, trekked, backpacked, and gardened, then heeded her own advice and began to compose. Her first memoir, Tough Girl: Lessons in Courage and Heart from Olympic Gold to the Camino de Santiago, came out in 2018. The publication of Tough Girl brought her back to teaching students of many ages in workshops and school visits. Carolyn's essays have appeared in Teachers as Writers, Elohi Gadugi Journal, Curve Magazine, and REI Co-op Journal.