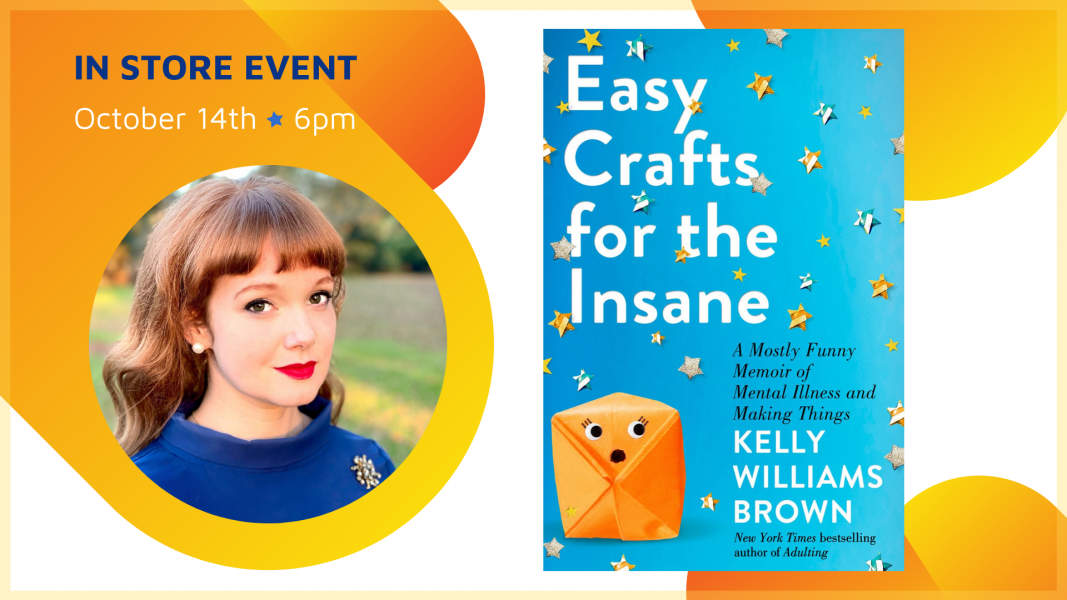 This is a hybrid event! Join us in the store or watch it live HERE.

Kelly Williams Brown had two Very Bad years. In just a short time period, her marriage collapsed, she broke four bones (in separate and unrelated incidents), her father was diagnosed with cancer, and she wound up in a psychiatric hospital. What got her through it was, improbably, crafting.

Kelly Williams Brown's first memoir, Adulting, has sold over 200,000 copies across formats and established her as a standout millennial writer. In fact, she's credited as coining the term "adulting," a concept that's pervaded our own culture and awareness of this period of life. With the humor of Jenny Lawson and Samantha Irby, the emotional empathy of Hyperbole and a Half, and a beginner's step-by-step craft guide, Easy Crafts for the Insane has clear crossover potential, appealing to readers across categories and redefining what a "memoir" can do. The book will include 52 photos and illustrations of her crafts, with simple guides and instructions for readers to make their own.

From the New York Times bestselling author of Adulting comes a story about how to make something when you’re capable of nothing.

Easy Crafts for the Insane: A Mostly Funny Memoir of Mental Illness and Making Things (Hardcover)