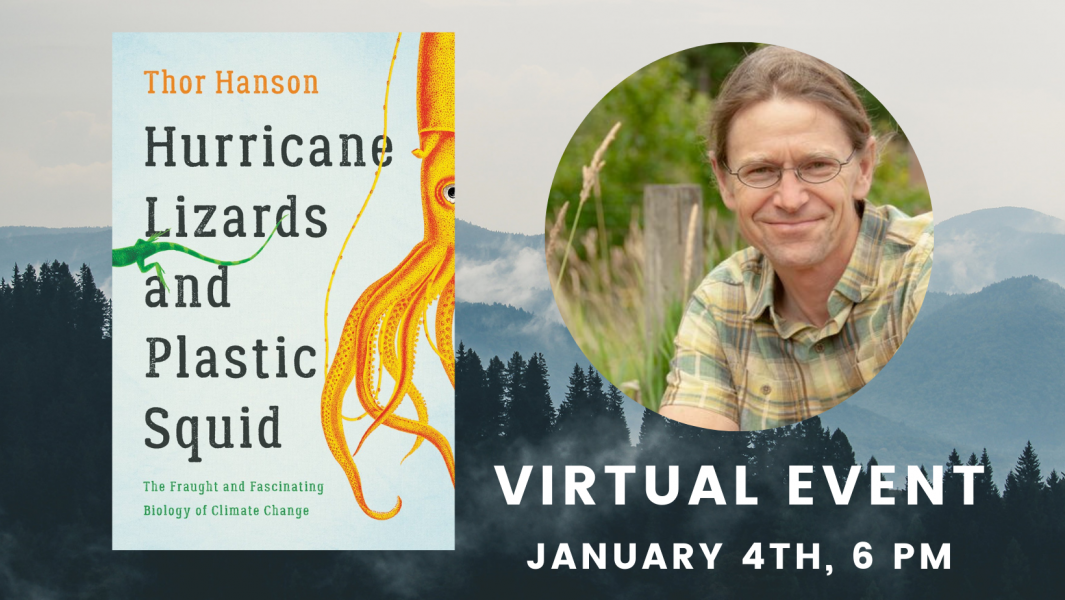 In Hurricane Lizards and Plastic Squid, biologist Thor Hanson tells the remarkable story of how plants and animals are responding to climate change: adjusting, evolving, and sometimes dying out. Anole lizards have grown larger toe pads, to grip more tightly in frequent hurricanes. Warm waters cause the development of Humboldt squid to alter so dramatically that fishermen mistake them for different species. Brown pelicans move north, and long-spined sea urchins south, to find cooler homes. And when coral reefs sicken, they leave no territory worth fighting for, so aggressive butterfly fish transform instantly into pacifists.

A story of hope, resilience, and risk, Hurricane Lizards and Plastic Squid is natural history for readers of Bernd Heinrich, Robin Wall Kimmerer, and David Haskell. It is also a reminder of how unpredictable climate change is as it interacts with the messy lattice of life.

Thor Hanson is a conservation biologist, Guggenheim Fellow, and author of award winning books including Buzz, Feathers, The Impenetrable Forest, and The Triumph of Seeds. He often works at  the interface between natural and human systems, and has conducted  research on habitat fragmentation, endangered species, and the  ecological impacts of warfare. Hanson co-hosted the PBS Nature series American Spring Live, and has appeared as a guest on programs ranging from NPR's Fresh Air to On Point, Science Friday, The World, The Splendid Table, and Book Lust with Nancy Pearl. He lives with his wife and son on an island in Washington State.