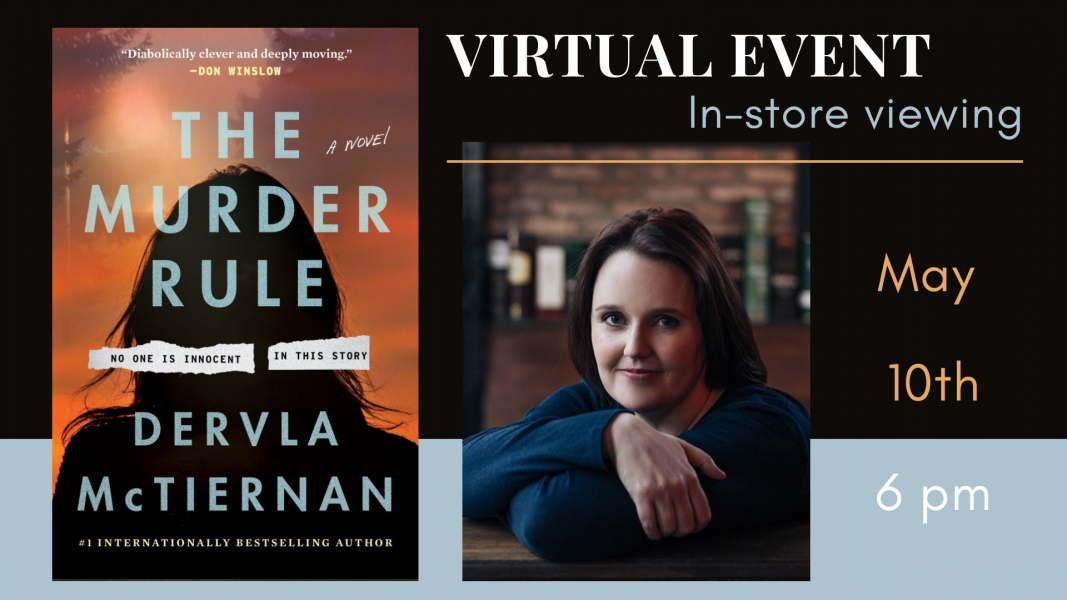 For fans of the compulsive psychological suspense of Ruth Ware and Tana French, a mother daughter story—one running from a horrible truth, and the other fighting to reveal it—that twists and turns in shocking ways, from the internationally bestselling author of The Scholar and The Ruin.

“Dervla McTiernan has become one of my favorite writers, and if you read The Murder Rule, she will quickly become one of yours. This book is diabolically clever, highly compelling, and deeply moving. I loved The Murder Rule and did not want it to end.” -Don Winslow, New York Times bestselling author of The Force and The Border

#1 internationally bestselling author Dervla McTiernan’s first two novels, The Ruin and The Scholar, were critically acclaimed around the world. Dervla has won multiple prizes, including a Ned Kelly Award, Davitt Awards, a Barry Award and an International Thriller Writers Award, and has been shortlisted for numerous others. Dervla’s third book, The Good Turn, went straight to #1 in the bestseller charts, confirming her place as one of Australia’s best and most popular crime writers.

The Murder Rule: A Novel (Hardcover)