Author Event: One More River to Cross by Jane Kirkpatrick 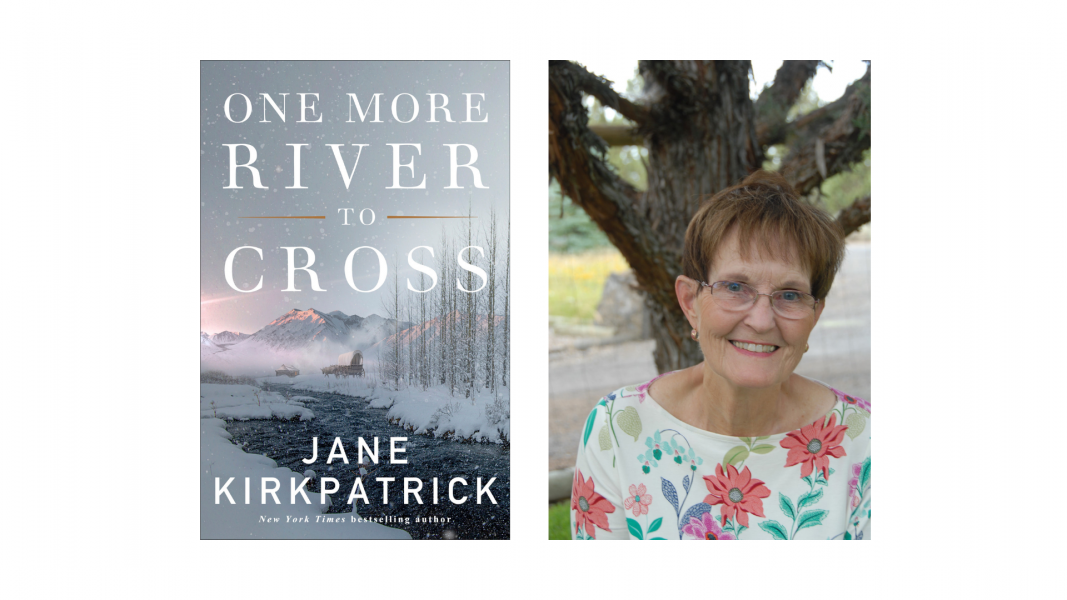 In 1844, the Stevens-Murphy company left Missouri hoping to be the first wagons into California. Mostly Irish Catholic, they sought religious freedom and education. All went well—until October when a heavy snowstorm forced the party to separate in four directions. Each group risked losing those they loved as they planned their escapes, waited for rescue . . . or even their own deaths. Kirkpatrick plunges readers deep into a landscape of challenge where eight women, seventeen children, and the men of the journey discover that fear and courage go hand in hand. One More River to Cross is a story of friendship, family, risk, and hope that will remind you of what truly matters in times of trial.

Jane Kirkpatrick is the New York Times and CBA bestselling and award-winning author of more than 30 books, including Everything She Didn't Say, All She Left Behind, A Light in the Wilderness, The Memory Weaver, This Road We Traveled, and A Sweetness to the Soul, which won the prestigious Wrangler Award from the Western Heritage Center. Her works have won the WILLA Literary Award, the Carol Award for Historical Fiction, and the 2016 Will Rogers Medallion Award. Jane lives in Central Oregon with her husband, Jerry. Learn more at www.jkbooks.com.

One More River to Cross (Paperback)