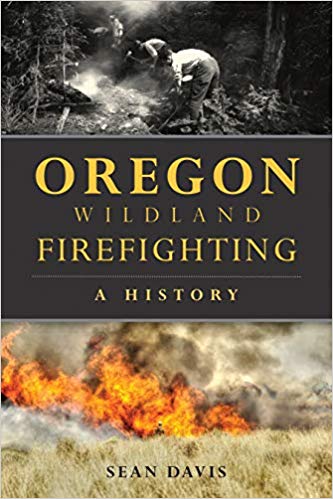 Over the past century, some of the world's largest wildland fires have occurred in Oregon. Accidentally set by a disgruntled cook on an English ship, the Great Fire of 1845 displaced multiple tribes and boiled wildlife alive in the Columbia River. The Tillamook Burn started up every 6 years from 1933 to 1951 and incited one of the largest reseeding efforts in the world with 72 million seedlings planted. The Long Draw Fire of 2012, the state's largest in more than 150 years, started as a small spark and raged into an ocean of flames thousands of acres wide in a matter of hours. Veteran wildland firefighter Sean Davis shares harrowing firsthand accounts that illustrate what it takes to battle an inferno.

Purple Heart recipient Sean Davis is the author of The Wax Bullet War, which chronicles his experiences in the Iraq War and the Hurricane Katrina cleanup. Sean won the American Legion's Legionnaire of the Year Award in 2015 and the Emily Gottfried Emerging Leader, Human Rights Award for 2016. Published in a variety of books and publications, Sean teaches college writing and literature classes around Portland and spends his summers fighting fires along the West Coast.

END_OF_DOCUMENT_TOKEN_TO_BE_REPLACED
Scroll to the top