Author Event: A Road Called Down on Both Sides by Caroline Kurtz 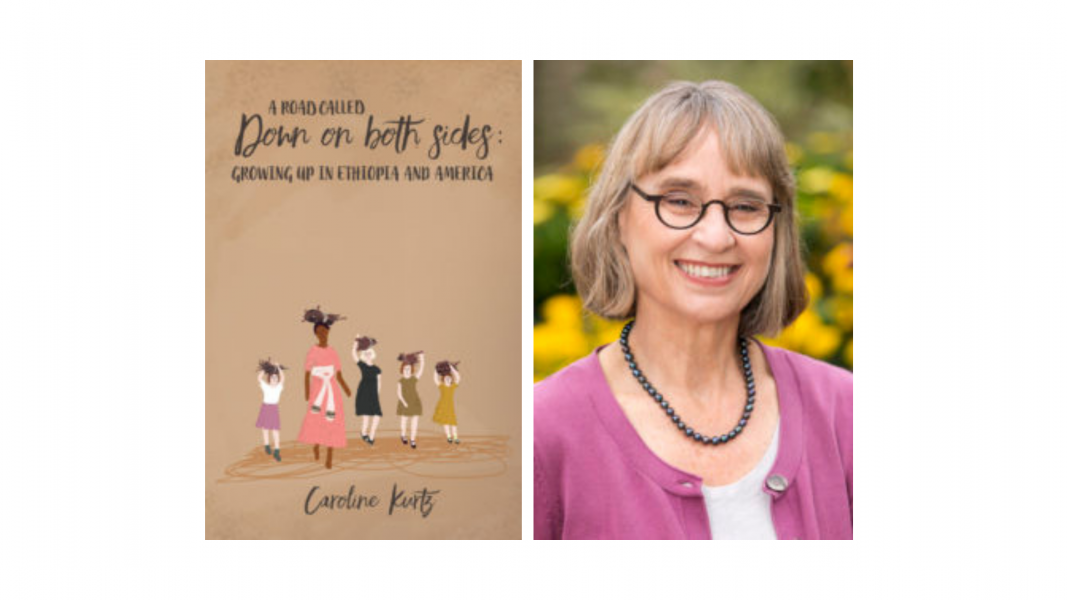 Caroline Kurtz grew up in the remote mountains of Maji, Ethiopia in the 1950s. Inside her mud adobe home with her missionary parents and three sisters, she enjoyed American family life. Outside, her world was shaped by drums and the joy cry; Jeep and mule treks into the countryside; ostriches on the air strip; and the crackle of several Ethiopian languages she barely understood but longed to learn.

Caroline felt she’d been exiled to a foreign country when she went to Illinois for college. She returned to Ethiopia to teach, only to discover how complex working in another culture and language really is. Life under a Communist dictatorship meant constant outages—water, electricity, sugar, even toilet paper. But she was willing to do anything, no matter how hard, to live in Ethiopia again. Yet the chaos only increased—guerillas marched down from the north, their t-shirts crisscrossed by Kalashnikov bandoliers. When peace returned, Caroline got the chance she’d longed for, to revisit that beloved childhood home in Maji. But maybe it would have been better just to treasure the memories.

From the age of five, Caroline Kurtz grew up in Ethiopia, the child of Presbyterian Church missionaries. The family lived in the church’s most remote mission station in the mountainous regions of southwestern Ethiopia near the town of Maji. Beginning at the age of ten, Caroline attended boarding school in Addis Ababa and then Alexandria, Egypt. Caroline left for college in the United States at eighteen, unprepared for U.S. culture. She eventually married a childhood sweetheart, also the child of American missionaries to Ethiopia, and the couple returned with their family to live and work in Ethiopia, Kenya, and South Sudan.

A Road Called Down on Both Sides: Growing Up in Ethiopia and America (Paperback)