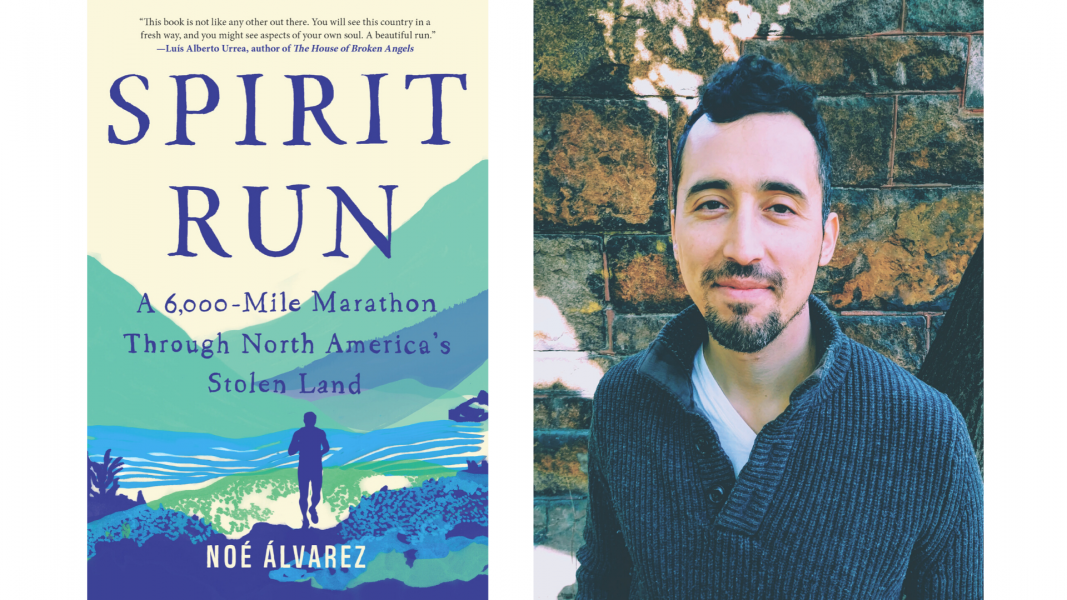 This event is postponed. Once a new date is confirmed, we'll post it on the calendar. Thank you!

Growing up in Yakima, Washington, Noé Álvarez worked at an apple-packing plant alongside his mother, who “slouched over a conveyor belt of fruit, shoulder to shoulder with mothers conditioned to believe this was all they could do with their lives.” A university scholarship offered escape, but as a first-generation Latino college-goer, Álvarez struggled to fit in. At nineteen, he learned about a Native American/First Nations movement called the Peace and Dignity Journeys, epic marathons meant to renew cultural connections across North America. He dropped out of school and joined a group of Dené, Secwépemc, Gitxsan, Dakelh, Apache, Tohono O’odham, Seri, Purépecha, and Maya runners, all fleeing difficult beginnings.

Telling their stories alongside his own, Álvarez writes about a four-month-long journey from Canada to Guatemala that pushed him to his limits. He writes not only of overcoming hunger, thirst, and fear―dangers included stone-throwing motorists and a mountain lion―but also of asserting Indigenous and working-class humanity in a capitalist society where oil extraction, deforestation, and substance abuse wreck communities.

Running through mountains, deserts, and cities, and through the Mexican territory his parents left behind, Álvarez forges a new relationship with the land, and with the act of running, carrying with him the knowledge of his parents’ migration, and―against all odds in a society that exploits his body and rejects his spirit―the dream of a liberated future.

NOÉ ÁLVAREZ was born to Mexican immigrant parents and raised working-class in Yakima, Washington. He lives in Boston, where, until recently, he worked as a security officer at one of the nation’s oldest libraries, the Boston Athenæum.