Fall into OBOB series: Letters from Cuba by Ruth Behar 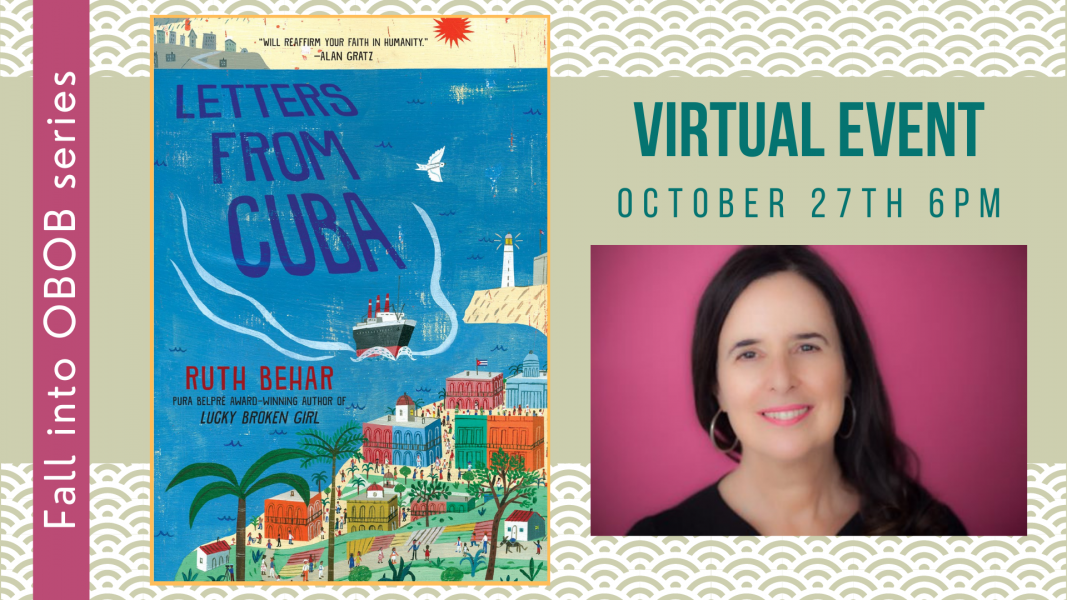 Missed the event? Watch it here.

Ruth Behar, author of Oregon Battle of the Books title Letters Form Cuba, will join us via Zoom for a Q&A from readers, parents, and teachers. Submit your questions to events@roundaboutbookshop.com.

Pura Belpré Award Winner Ruth Behar's inspiring story of a Jewish girl who escapes Poland to make a new life in Cuba, where she works to rescue the rest of her family

The situation is getting dire for Jews in Poland on the eve of World War II. Esther's father has fled to Cuba, and she is the first one to join him. It's heartbreaking to be separated from her beloved sister, so Esther promises to write down everything that happens until they're reunited. And she does, recording both the good--the kindness of the Cuban people and her discovery of a valuable hidden talent--and the bad: the fact that Nazism has found a foothold even in Cuba. Esther's evocative letters are full of her appreciation for life and reveal a resourceful, determined girl with a rare ability to bring people together, all the while striving to get the rest of their family out of Poland before it's too late.
Based on Ruth Behar's family history, this compelling story celebrates the resilience of the human spirit in the most challenging times.

“A delightful, heartfelt book about holding on to who you are and where you’re from when far from home, and the joys and benefits of welcoming other cultures and communities into your own. Will reaffirm your faith in humanity.”—Alan Gratz, author of Refugee

“This is a quiet story of determination, and an openly loving tribute to the author’s grandmother, who made the real journey that inspired Esther’s fictional one.”—The New York Times Book Review

Ruth Behar, the Pura Belpré Award-winning author of Lucky Broken Girl, was born in Havana, Cuba, grew up in New York, and has also lived in Spain and Mexico. In addition to writing for young people, her work includes poetry, memoir, and the acclaimed travel books An Island Called Home and Traveling Heavy, which explore her return journeys to Cuba and her search for home. She was the first Latina to win a MacArthur "Genius" Grant, and other honors include a John Simon Guggenheim Fellowship, and being named a "Great Immigrant" by the Carnegie Corporation. She is an anthropology professor at the University of Michigan and lives in Ann Arbor, Michigan.