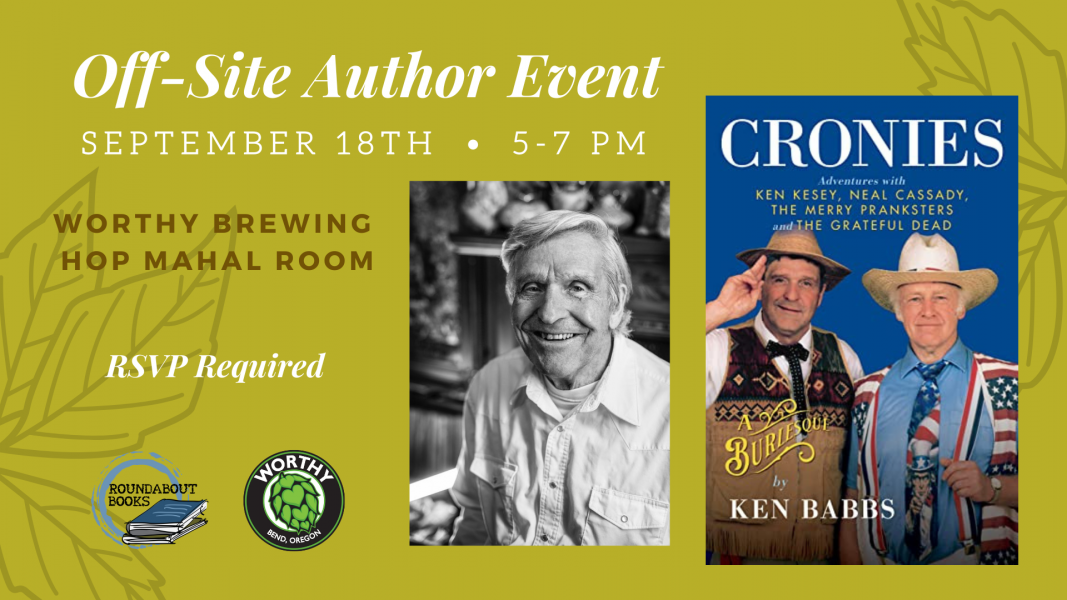 A bullet train of a book, fast-paced, hilarious, rich with action. A harbinger of good things to come in mysterious ways.

It all began at a cocktail party at Wallace Stegner’s for the Stanford writing class of 1958. Ken Kesey and Ken Babbs became cronies, embarking on a frolicking, rambunctious adventure that lasted over 40 years. Babbs calls the 70 stories of this book “burlesques” because, after 85 years of living, much of it in the wide friendly center of an evolving, at times psychedelic culture, memory no longer can, or even should include an exact retelling, but only a tasty sprinkling of the truth, mixed with an endless enigma, all topped with the best of humor and heart.

Come along for the ride on the famous bus trip to Manhattan. Join the Hells Angels at their partying best. Drop in for the early Acid Tests. Experience the Berkeley Vietnam anti-war rally. Relish the stories of Kesey’s pot busts and “suicide.” Climb aboard—“Board!”—for six months on the lam in Mexico. Take the Further tours with the Grateful Dead. Make the ultimate move to Oregon, where Babbs and Kesey grew a magical friendship and collaboration until Kesey passed in 2001.

Irreverent, unencumbered by social norms, literary and poetic, Cronies is a poignant view of the Sixties and beyond from someone who was there, and remembers it well. Kind of…

"Babbs's vivid storytelling ... invites us to connect to the Pranksters' moment and the spirit of restive questioning that powered it and so many other countercultural eruptions. ... Babbs's memories prove arresting, and his reconstructed conversations pulse with energy, wit, and a persuasive sense of truth, especially as Pranksters jape, improvise road poems, and build on each other's mad thoughts with thoughts madder still." —Publishers Weekly

"This book is for anyone who has read Kerouac's On the Road, dreamt of leaving it all behind, getting with close friends, and venturing forth into the unknown. It's an enlightening, adventure-filled book for the inner prankster in us all." 4.5/5 stars —San Francisco Book Review, Eric Smith

Ken Babbs is a famous Merry Prankster who became one of the psychedelic leaders of the 1960s. He along with best friend and Prankster leader, Ken Kesey wrote the book Last Go Round. Babbs is best known for his participation in the Acid Tests and on the bus Furthur.