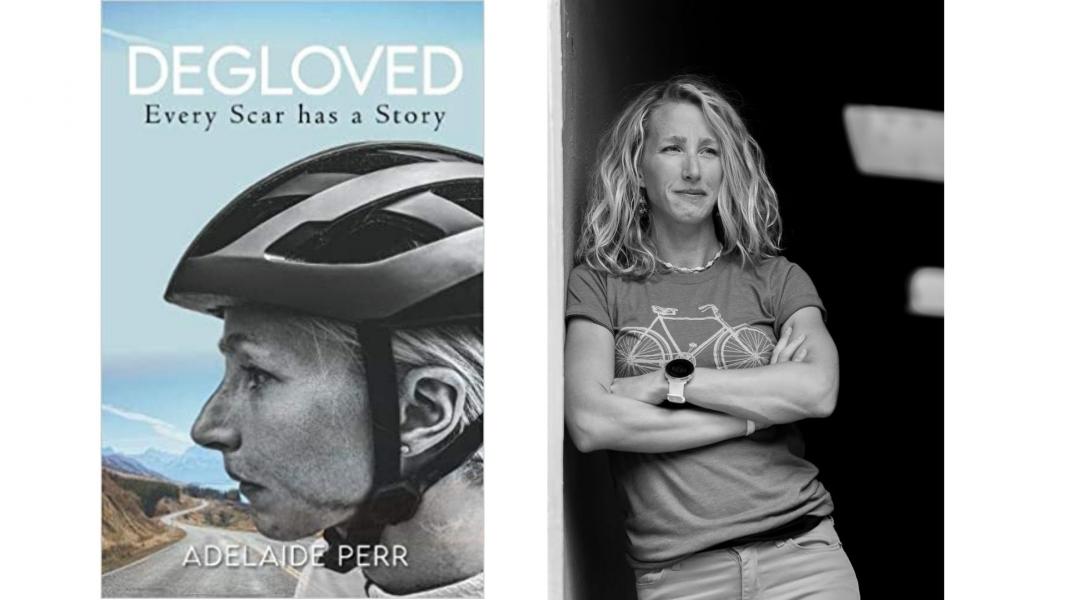 When the red Fiat pulled out in front of Adelaide, she squeezed her bike's brakes so hard that she left 50-foot skid marks along the highway. The last thing she remembers is being lifted into the ambulance and someone saying, "Her face is peeled off." Following an horrific crash between her bicycle and a car, Adelaide Perr spent five days in a medically-induced coma, during which time surgeons picked glass from her face, reconstructed bones and inserted a stomach tube. She spent another six days unable to talk, at times gasping for air, enduring leech treatments to keep her necrotizing lip alive, and fearing a crippling bipolar episode. Without knowing what neurological damage or permanent disfigurement she'd be left with, her boyfriend Kennett proposed to Adelaide daily in the hospital, until she became conscious. Her recovery would extend far beyond the hospital and the visible physical injuries. "Degloved" is about perseverance as well as failure, written to give hope to those living with mental illness, and anyone who has had a traumatic event thrust upon them, which threatened to destroy their lives.

On October 18th 2014, Adelaide was in a bike crash that would change her life. She went through the driver's side window of a car that pulled in front of her, suffering injuries that almost killed her - and emotional trauma that would continue for years to come. In addition to facing the physical injuries and PTSD, Adelaide worried about how the crash would affect her ability to cope with her bipolar II. After an arduous recovery, she returned to riding, eventually qualifying to become a professional triathlete. She is an advocate for cyclists' safety and strives to help others who have suffered life-threatening crashes. Adelaide lives with her husband Kennett and their dog Maybellene.

Degloved: Every Scar has a Story (Paperback)