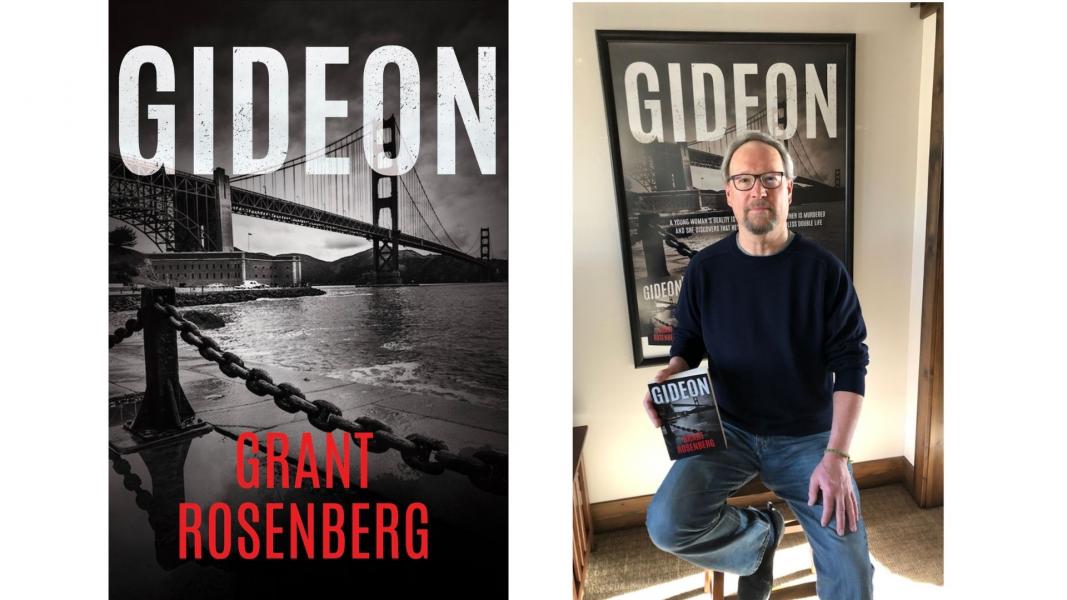 Every path has a beginning. Every life, an end. Dr. Kelly Harper lives the good life.  She has a dream job working alongside her father at their urgent care clinic in San Francisco and a longtime boyfriend who is a Homicide Inspector with the SFPD. But everything suddenly and drastically changes when her father, a highly respected physician, is murdered.  As Kelly tries to pick up the pieces of her shattered reality, she discovers that her father had a shocking secret; he’d led a dark and perilous double life. This stunning revelation puts Kelly in dire jeopardy and forces her to make life altering choices, cross moral and ethical lines, and eventually embrace her father’s sinister past to save her own life.

Grant Rosenberg has been a leading entertainment industry professional for the past forty years, involved in television and feature film development and production.  The first part of his career was spent as senior executive at Paramount Television and The Walt Disney Studios.  In the second part of his career, Grant transitioned to hands-on writing and producing. As Senior Vice President of Creative Affairs for Paramount Television he was involved in the production of such hits as CHEERS, TAXI, FAMILY TIES and MACGYVER.   Additionally, he was responsible for the development and supervision of the miniseries SHOGUN, WINDS OF WAR, and JAMES MICHENER’S SPACE. After eight years at Paramount Studios, Grant joined the Walt Disney Studios as Senior Vice President of Network Television, where he was responsible for the development and acquisition of new weekly series (most notably GOLDEN GIRLS), as well as the DISNEY SUNDAY MOVIE. Three years later, Grant moved from the executive ranks to the producing side of the business, returning to Paramount as a writer/producer where he penned episodes of several series, including MACGYVER and STAR TREK: THE NEXT GENERATION. From there, Grant moved to Warner Bros Television to write, produce and develop new series.  He created the show TIME TRAX, which was filmed for two years in Australia.  He then segued onto LOIS & CLARK, where he served as a writer/producer for three seasons.  Simultaneously, he also worked on POLTERGEIST: THE LEGACY; his first foray into Canadian production.  Grant was named the Executive Producer of POLTERGEIST, and supervised all facets of the series in Vancouver for four seasons.   At the conclusion of the series, he Executive Produced VALENTINE, a Warner Bros. feature film. Grant proceeded to write and produce a multitude of series (American, Canadian and Foreign co-productions) shot throughout Canada.  His credits include such fare as: THE OUTER LIMITS, JEREMIAH, MASTERS OF HORROR, MASTERS OF SCIENCE FICTION, EUREKA, FEAR ITSELF, XIII: THE SERIES, LOST GIRL, BITTEN, and OLYMPUS. Grant currently lives in Central Oregon with his wife and their three year old Lab, Buddy.  GIDEON is his debut novel.

END_OF_DOCUMENT_TOKEN_TO_BE_REPLACED
Scroll to the top