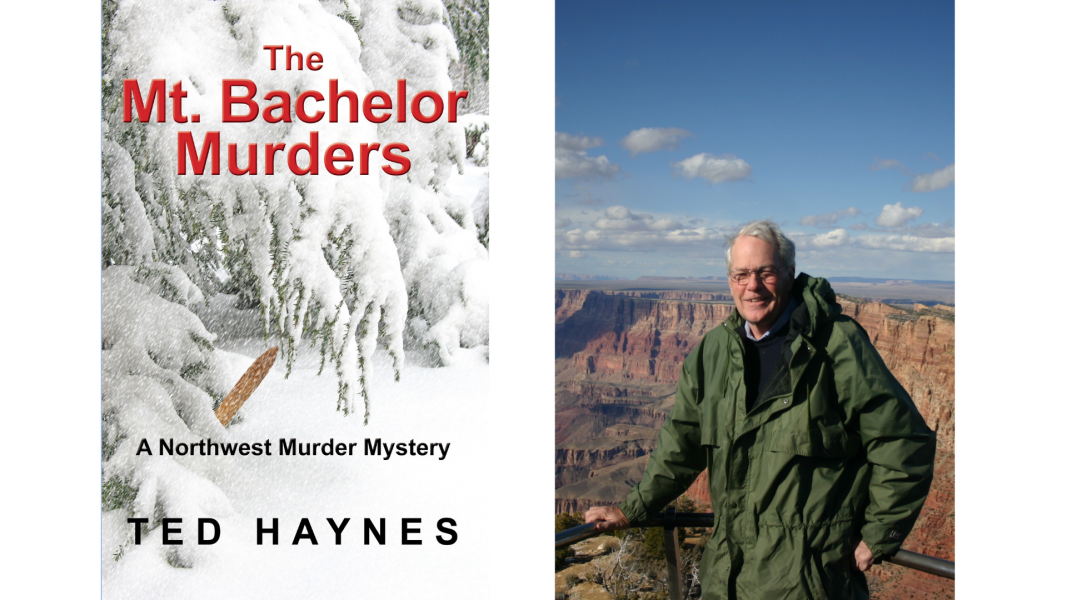 A murder mystery set in Central Oregon, starting with a murder committed in 1966 and ending with the murderer finally identified in 2018. The Mount Bachelor Murders features continuing characters from Suspects and The Mirror Pond Murders but can be fully enjoyed without reading the earlier books.

When Erik Peterson is found buried in snow at the new Mt. Bachelor Ski Area, Sheriff's Detective Forest Connor cannot find or identify the young man Erik was skiing with, even with the dogged and sometimes annoying help of Erik's skiing pupil, Sally Paulsen.

The adult Sally, now Sarah Chatham, finds the missing man and enlists Erik's grandson, Dan Martinez, to uncover the killer's motive, hidden in a foreign war records. Dan must simultaneously cope with the fallout of an attempted mass shooting. Are the old murder and the new shooting somehow connected?

Ted Haynes graduated from Dartmouth College and the Graduate School of Business at Stanford. He has studied writing with Nancy Packer and Hillary Jordan at Stanford and with Tom Parker and Donna Levin at UC Berkeley. He serves on the board of the Waterston Desert Writing Prize. He lives in Central Oregon in the summer and on the San Francisco peninsula in the winter. He is an avid swimmer and fly fisherman.