Zoom Author Event: My Place Among Fish by Kris Millgate 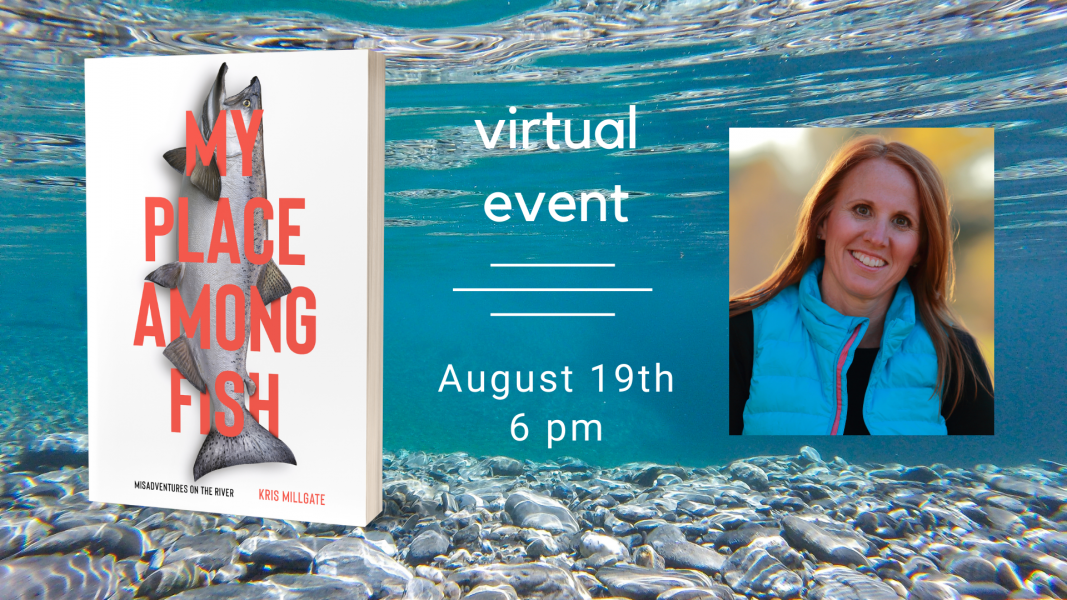 If you missed this event, please view on our YouTube Channel.

In the follow-up to her first memoir, My Place Among Men, journalist Kris Millgate migrates with Chinook salmon, the kings of the Pacific Northwest, from the Oregon coast to the Idaho wilderness. Her solo travels during the height of the COVID-19 pandemic prove more challenging than anticipated, but those she meets along the 850-mile river route shine light on one of the most fascinating sagas for endangered species. Road trip with Millgate as she interviews the people of the Pacific Northwest—farmers and fishers, dam builders and dam breakers—who have a stake in the narrative of disappearing salmon. Each year dwindling numbers of protected fish nearly kill themselves on the journey back to their cribs to lay eggs and die. They swim against the current through four rivers across three states twice to spawn only once. Millgate as their witness, she documents their struggles, the vestiges of dying but resilient wildlife. My Place Among Fish is the story of how one woman chases salmon migration from the ocean to Idaho. And, just like the fish, she falls apart along the way. What happened in front of Millgate’s cameras appears in the film Ocean to Idaho premiering August 2021. What happened behind Millgate’s cameras is revealed this book. This is her back story.

Kris Millgate graduated from the University of Utah with a degree in broadcast journalism in 1997. She worked for several TV news networks before founding Tight Line Media in 2006. Millgate is a leading member of Outdoor Writers Association of America, a life member of Trout Unlimited, and an Idaho Master Naturalist. She’s also a mom, a fly fisher, and a trail runner. My Place Among Fish is the sequel to her memoir, My Place Among Men. See her work at www.tightlinemedia.com