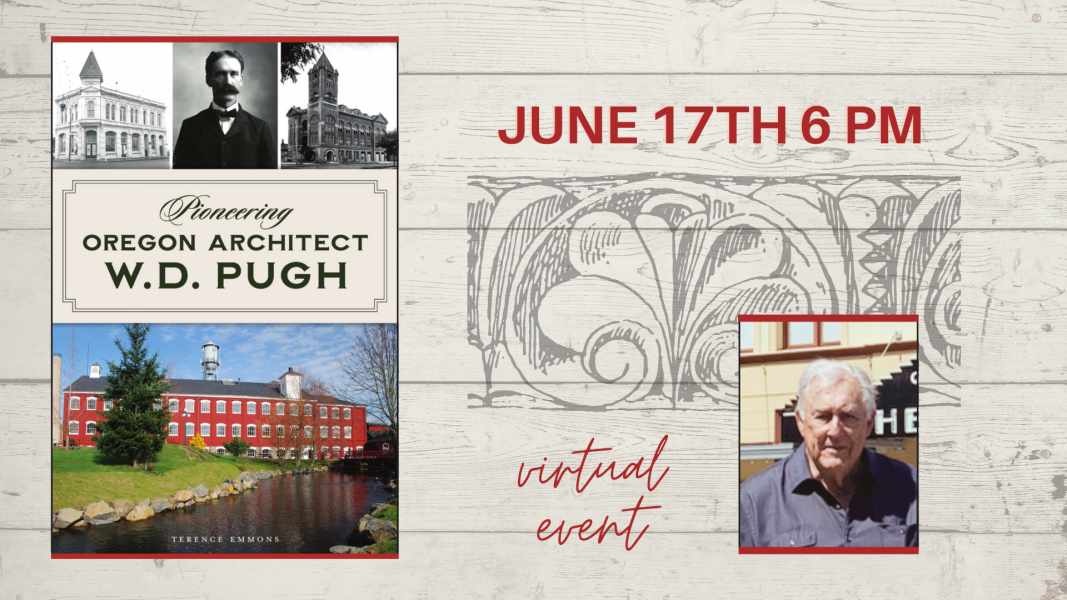 Please join us for this virtual event HERE.

The son of Oregon pioneers, Walter D. Pugh spent his career as an architect building landmarks throughout his home state. From designing the Thomas Kay Woolen Mill and supervising the installation of the state capitol dome in Salem to drawing the plans for the Crook County Courthouse in Prineville, Pugh had a hand in a wide variety of buildings. In less than twenty-five years, he worked on more than one hundred projects before fading into obscurity. Many of these structures are still standing, a testament to his skill even after his contributions have been all but forgotten. Join author and historian Terence Emmons as he explores the life and legacy of one of Oregon’s foremost architects.

Terence Emmons is a fourth-generation Oregonian. He attended the University of Washington (BA) and UC–Berkeley (MA, PhD) and was a history professor at Stanford for many years prior to retiring to the Applegate Valley. He is the author of several books, including The Formation of Political Parties and the First National Elections in Russia and Alleged Sex and Threatened Violence: The Russians in San Francisco, 1887–1892.